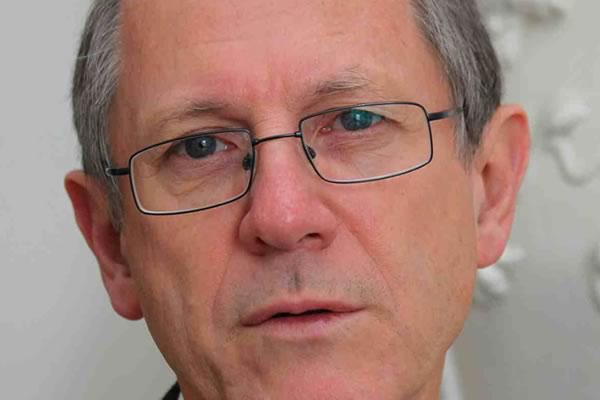 Professor Dr. Reinhard Posch has been the Chief Information Officer of the Austrian Federal Government since 2001. He heads the Digital Austria platform, is the Scientific Director of the Center for Secure Information Technology (A-SIT) and from 2007 to 2011 was the Head of the Board of ENISA.

He is member of a series of national and international organisations including OENORM (cryptograph and machine-readable cards), IEEE, ACM, OeMG, GME, OGI (Österreichische Gesellschaft für Informatik) and was a board member of Österreichische Computer Gesellschaft.  He represented Austria at IFIP in the fields of networking (TC6) and IT security (TC11). In 1995 he served as vice-chair of TC11 for one period.

Reinhard Posch consulted with several organisations in IT Security and eGovernment including the IPTS (Institute for Prospective Studies), the EC’s Joint Research Center in Seville, the working group on cryptography of the OECD as well as the working party on the authenticity of legal data and electronic signature in the justice sector of the Council of Europe. At national level, besides serving as an expert witness in special cases like the letter bomber and complex IT security questions like dual use goods, he consulted with organisations like the Hauptverband der Österreichischen Sozialversicherungen and STUZZA.

Besides many publications in the field of networking, VLSI design, IT-security and eGovernment, Reinhard conducted many national and international research projects, concentrating on networking, computer security, smart cards and innovative advances of eGovernment.

In 2010, as a member of the IT Wise Council, he advised Commissioners Kroes and Sefkovic on ICT security issues. He has also been a member of the Steering Board of the European Cloud Partnership since 2001.

Reinhard Posch has received several awards among those the IFIP Silver Core (2001), the ID Peoples Award (2006), the Great Silver Medal for Services to the Republic of Austria (2011) and the European Identity Award (2012).