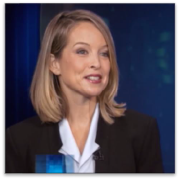 (1) Please tell us a little about yourself?

I started my journey in citizen science as an executive working at Disney Publishing which, at the time, owned Discover Magazine. I enjoyed reading Discover and working with scientists and editors there with the shared goal of bringing the latest science and technology news to millions of readers. Part of my work also involved creating and distributing education programs which, like most STEM outreach programs, inevitably included messages along the lines of "and you should become a scientist!" At some point, I wondered if or how all the other kids (who didn't want to become scientists, didn't have an opportunity to go to college, or, just didn't know what their future held) might find pathways to connect with science in meaningful ways. I went to graduate school to explore this question and that's where I discovered citizen science, participatory technology assessment, and other forms of public engagement in science and technology!

(2) What compelled you to create SciStarter.org?

I created SciStarter to make it easy for people to find opportunities to engage in science. What struck me in grad school was the fact that even though I worked at one of the largest science magazines popularising science for the public, I only discovered citizen science and other ways a "regular person" can engage in science, by going to graduate school and researching this specific topic. How ironic! "Citizen Science" was hardly a household term and the few projects that existed were challenging to find online. So, I created SciStarter and invited people to add projects or find projects to do. Now, we have thousands of projects organised through APIs with databases around the world, close to 100,000 registered SciStarter members and millions of visitors! This is great for science, the public and for all the projects listed on SciStarter!

(3) How has citizen science practice and engagement changed since you created SciStarter in 2014?

The "grad school version" of SciStarter was created in 2010. In 2014, with support from the National Science Foundation, I was able to create a more public-facing version of the site. In mid-2017 we launched the version you see now. The practice has evolved in many ways, thanks to the work of the various Citizen Science Associations around the world. In addition, formal, nonformal and informal learning researchers and practitioners have produced solid evidence of science learning outcomes and helped create best practices to bring citizen science into classrooms and beyond. SciStarter works closely with school districts, universities, libraries, museums, Girl Scouts, corporate volunteer programs, and Community Based Organisations to curate customised experiences in support of these facilitators. SciStarter also provides data analytics to help facilitators support and monitor progress and measure collective impact across projects listed on SciStarter. Engagement has changed on several levels: More people know about citizen science thanks to the above-mentioned efforts and interest from the media. SciStarter's database is used by PBS, Discover, Astronomy, the National Science Teaching Association, and many others to help bring citizen science projects to where people already are. Increasingly, major, mainstream media outlets have covered exciting discoveries made possible by citizen scientists. That, in turn, generates more interest in citizen science!

(4) According to your experiences, what are the most efficient ways to ensure social diversity and gender balance in particular among the citizen scientists in citizen science projects?

At SciStarter, we work closely with the organisations already reaching diverse audiences. They know their communities, they know how to reach them, communicate with them, inspire/reward them, support them, and to listen to them. We collaborate to create customised experiences centred around specific, curated projects in support of the partners as facilitators. This has been very successful for citizen science, for SciStarter, for our partners, and for their members (the citizen scientists)! For citizen science project leaders, there are additional recommendations called out in the National Academy of Sciences: "Learning Through Citizen Science: Enhancing Opportunities by Design" (of which I was a contributor).

We don't typically manage projects. Rather, we catalyse awareness of and sustained engagement in others' projects through partnerships with media, libraries, museums, community-based organisations, Girl Scouts, corporate volunteer programs, and a host of formal, nonformal, and informal learning providers. That said, one of the most interesting findings we saw was through SpaceMicrobes.org , a citizen science projects to compare microbes from hi-touch surfaces on Earth and on the International Space Station. We were coPIs on this project with the Eisen Lab at UCDavis and the Science Cheerleaders. Youth cheerleaders ended up discovering an entirely new microbe and they were cited in a peer-reviewed journal. WOW! And, 48 people who participated in collecting the microbe samples had their samples launched to the International Space Station on SpaceX. That was such a great project. Read about the outcomes here: https://peerj.com/articles/9235/

(6) As co-founder of the ECAST Network, why do you think it is important to have citizen involvement in policy making?

ECAST is a close cousin of SciStarter. Expert and Citizen Assessment of Science and Technology (ECAST) organises public deliberations to solicit informed feedback from stakeholders to shape policy. In fact, six years ago (almost to the day!) NASA collaborated with ECAST on the first citizen assessment of a U.S. federal program.

NASA's partnership with ECAST was cited as a "key aspect of the agency’s effort to promote broad public participation in their activities and to be responsive to citizen views. This innovative approach exposes NASA, through a third party, to new views the agency might otherwise not have access to – opinions from Americans interested in the future of NASA exploration and our journey to Mars. The ECAST-led discussions about NASA programs included the complex tradeoffs regarding costs, risks and benefits of various policy options. Study participants expressed nuanced and informed preferences about the options facing NASA as the agency seeks to advance our human and robotic exploration of space." We organised forums with members of the public (including homeless people from Washington, DC since the makeup of events reflect the demographics of the host location) to deliberate NASA's options to mitigate asteroid impacts. Yes, you read that right. Regular people demonstrated the capacity to learn about technical issue and, most importantly, provide useful insights to NASA. Such a great experience. My colleague, Mahmud Farooque, at Arizona State University now leads ECAST efforts. You can learn more about the NASA ECAST project: https://www.nasa.gov/feature/innovative-study-supports-asteroid-initiative-journey-to-mars . Learn more about ECAST: ECASTnetwork.org

(7) How do you see the role of citizen science in the future regarding the scientific enterprises? Do you think citizen scientist projects can replace science / research projects?

Citizen science, as a field, has helped legitimised long-standing efforts led by indigenous people, environmentalists, fishing communities and others who already use traditional ecological knowledge (TEK) to inform their decisions. In reality, however, citizen science and professional science is a little late to the game for these folks! I'd like to see all those who are engaged in various forms of public engagement in science offered credentials to make it easier for them to translate their awesome, informal/nonformal efforts to formal accreditations. This may not be of interest to many people, but for those who are seeking workplace advancement or employment, or for those who didn't have an opportunity to attend college, this type of formal, translatable validation could change their lives.

(8) Is there a topic in a current CS project which really surprised you?

It's 2020. Nothing surprises me anymore