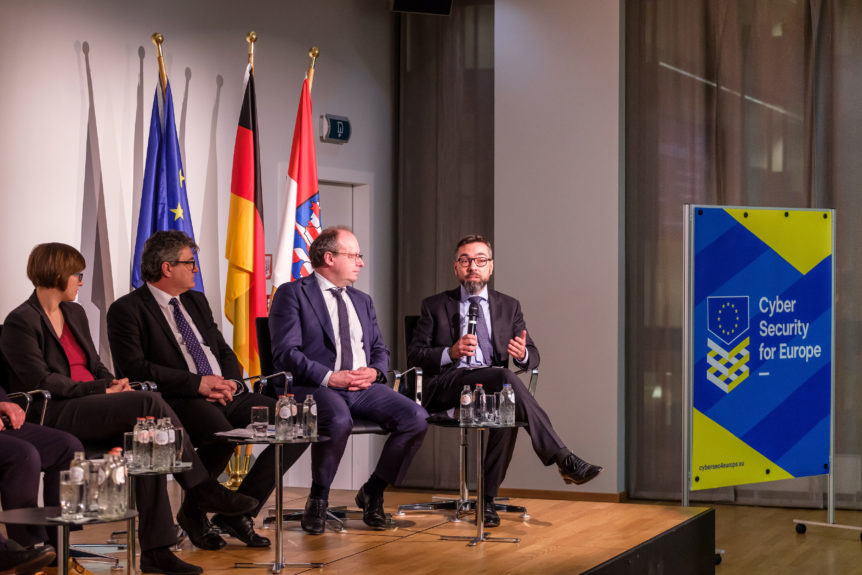 TDL participated in a two day kick-off event on 28 February / 1 March hosted at the Representation of the State of Hessen to the EU in Brussels. Many of the 43-partner consortium from 22 countries involved in the recently announced CyberSec4Europe project, funded by the European Union (EU), were represented.

CyberSec4Europe is one of those pilots. Over a 3.5 year period many of Europe’s leading research centres will collaborate on innovative cybersecurity solutions including demonstration uses cases in the areas of finance, smart cities, healthcare and transport. TDL will work alongside a number of its members, from NEC Laboratories Europe GmbH to leading research institutions Goethe University Frankfurt, the University of Murcia and KU Leuven.

During the course of the two day meeting, project partners had the opportunity to meet each other, often for the first time, and to present the plans and expectations associated with each of the ten work packages, including the one on communications, dissemination and exploitation that TDL is leading.

On the first evening guests from the wider cybersecurity eco-system were invited to a public event. It featured a panel discussion amongst representatives of the European institutions and other key stakeholder organisations. The panellists were asked to address the question, “What do stakeholders expect from the Cybersecurity Competence Network Centre pilot projects?”  An open Q&A discussion followed that highlighted many of the security challenges facing European society.

TDL Chairman, Amardeo Sarma, believes the kick-off event was a positive exercise; “It was great to meet our CyberSec4Europe partners in Brussels and to discuss how to realise our plans and expectations for the project over the coming months. We look forward to working with our project partners as CyberSec4Europe continues to evolve!”

We will continue to update the TDL community as CyberSec4Europe progresses! 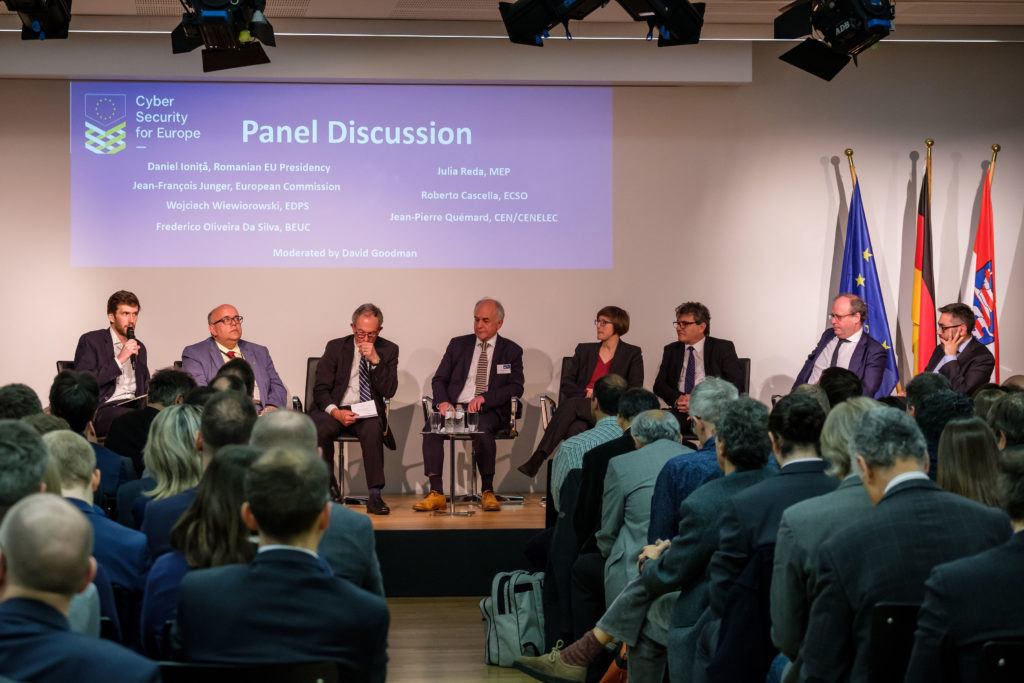 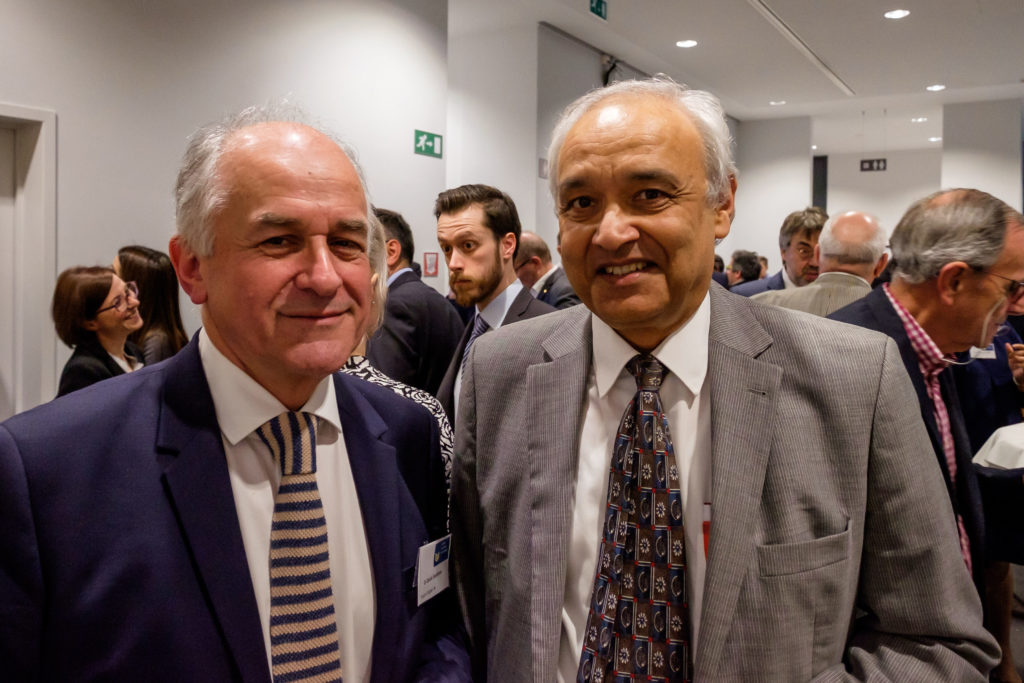 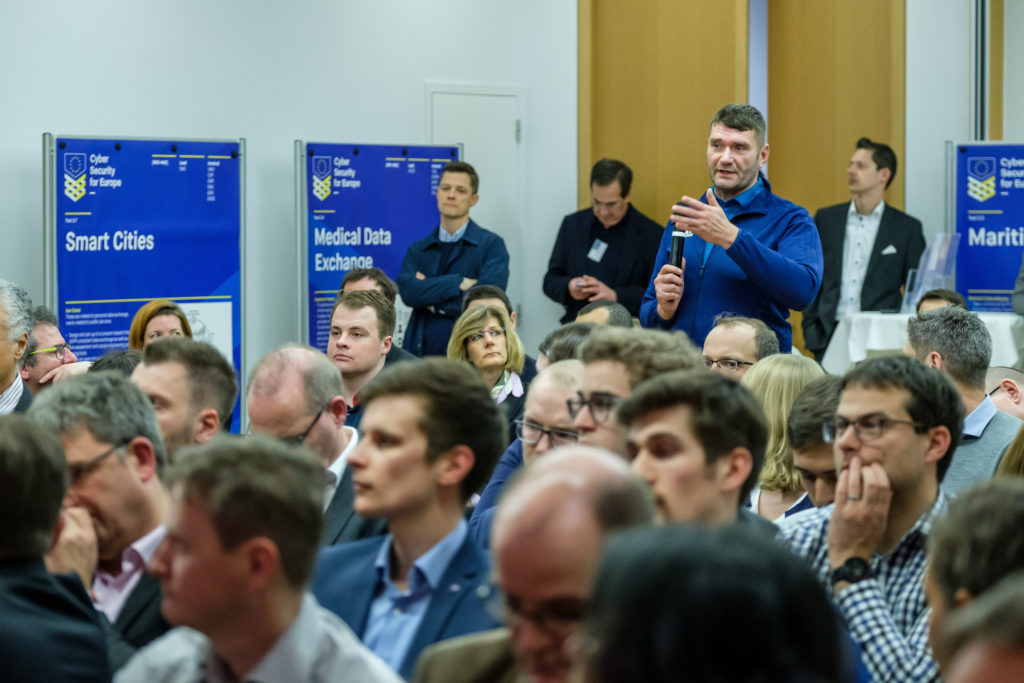 Questions from audience members as the panel discussions take place. 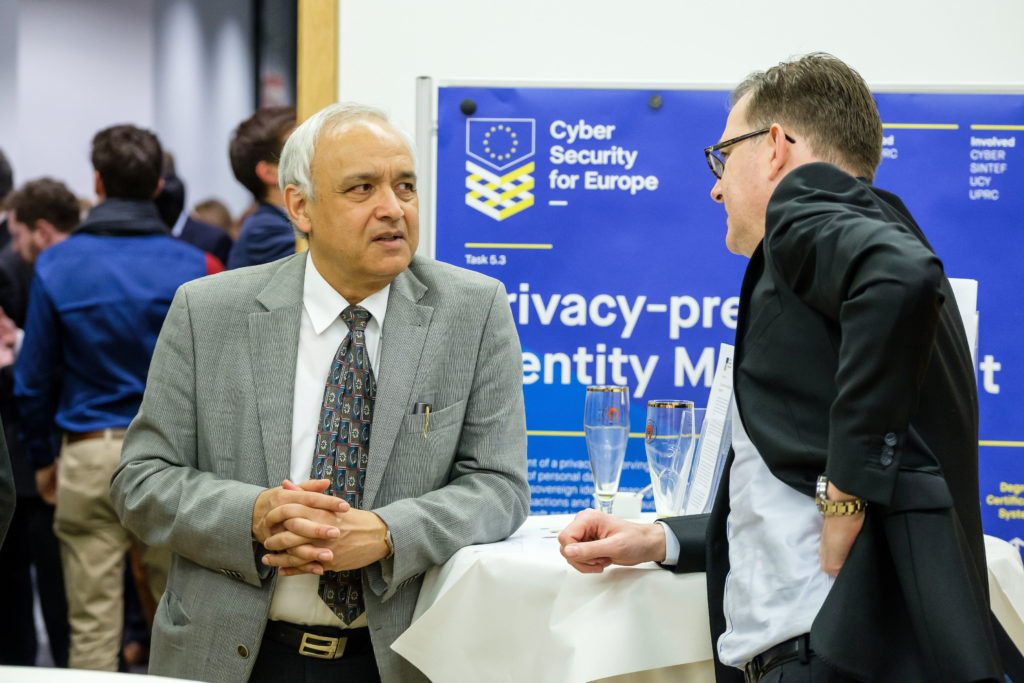 Panel members from the event including TDL’s David Goodman.